Work on the barn

I've been working on replacing parts of rotten beams, and rebuilding some of the foundation and much of the sill on the barn. This photo gives an idea of the condition of some of the posts: 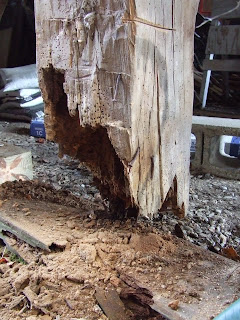 So far I've found live colonies of carpenter ants, some kind of wasp (possibly just hiberating in a cavity), and powder post beetles. Some treatment will be necessary in areas that I don't replace completely and to prevent reinfestation.

Here is the same post after getting it onto a solid base: 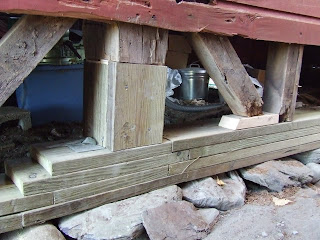 After much hemming and hawing I decided to use sandwiched pressure treated lumber rather than purchasing new 8x8 beams from a local sawmill. I can move the smaller boards into place by myself with out hiring help.

Note the staggered boards in the portion of sill beneath the post. That part went in first and gives me a good way to patch in the rest of the sill as I move along. Luckily, however, not all the posts are this bad. Here's the next one, partially completed (two more layers of sill will be added on the right, and four layers on the left): 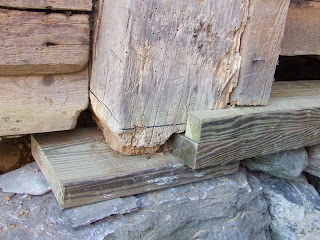 The general technique is: (1) Jack up the area around the post from inside the barn, (2) cut off the rotten part and remove a section of sill around the post, (3) build a new solid foundation (for the first one above, I poured some concrete and also used field stones), (4) build up the sill by the post and any extension for the post to rest on, and (5) then cut out and replace the sill between posts.

I've raised up the sill somewhat to account for removal of rotten wood on the verticals and so that it doesn't rot out again. As shown below, the problem is that the foundation sloped towards the sill: 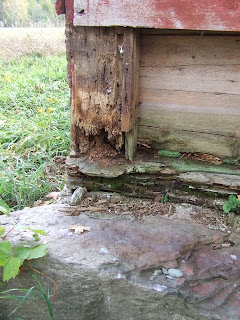 By building up a bit of a field stone wall for the new sill to rest on, it should stay dry and last a long time. Here is the job on one side, half way done (total time so far, 14.5 hours including removal of the lower siding all around and planning): 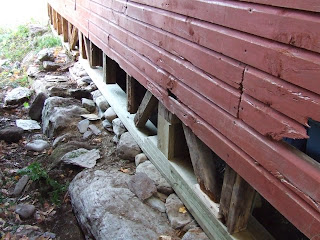 Of course I made some archaeological discoveries 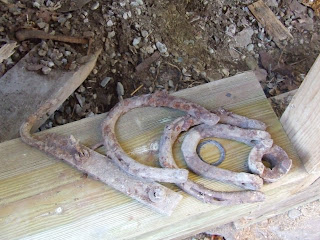 And here's my nearly limitless source of additional "field" stones for building up the foundation: 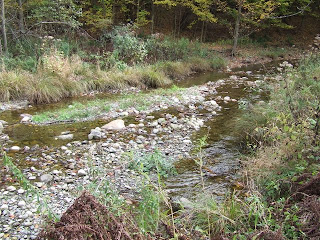 The Land of Large Insects

We seem to have an influx of spiders this fall, some of them quite large. Here are two nice ones. The first one is perhaps a type of wolf spider (I need a better spider identification book), one that stalks and chases down its prey somewhat like mammalian predators. It was a good two inches long when stretched out, seen here in our insect "re-locator": 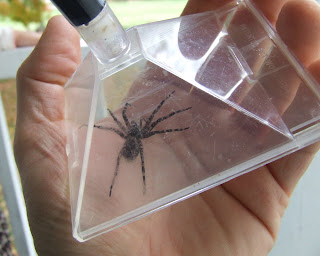 I let that one go in the raspberry patch where I hoped it might consume some of the lingering japanese beetles. The second one is a typical garden spider. Notice the intricate zigzag decorations they add to their webs. The body of this one was an inch long. With legs, it was close to 2 1/2 inches: 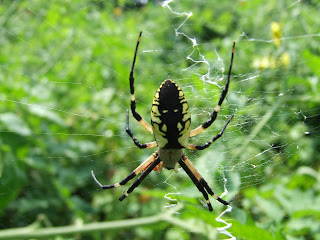 Not all our large insects are spiders, thank goodness. Here is a prodigious fellow, possibly some kind of a hawk moth caterpillar (I also need a better butterfly and caterpillar identification book), that Ajanta found munching on my pepper plants: 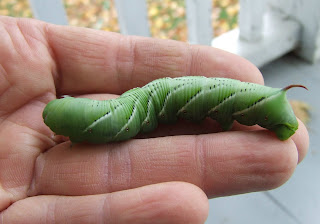 What a grip he had! Earlier in the summer, we found the following hawk moth, who might have been the papa of our green friend above. He had quite a grip as well, so it might be a family trait: 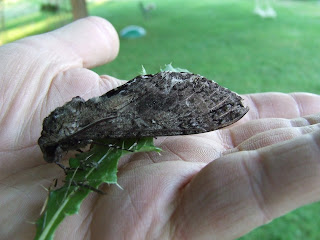 Other than the spiders, these visitors of course all need to be played with. Here's the house Ajanta built for the big green caterpillar, complete with a thoughtfully provided meal of pepper leaves: 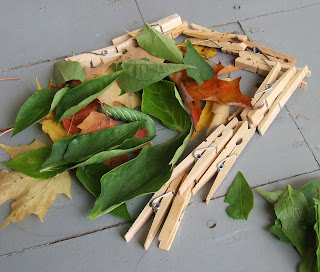 These he munched happily for some time, consuming most of several leaves, before depositing a small pile of quarter inch droppings and wandering down the side of the porch.

Of course we also have the usual northeastern collection of large butterflies. Shown here, the monarch and yellow swallow tail: 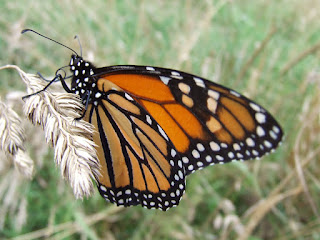 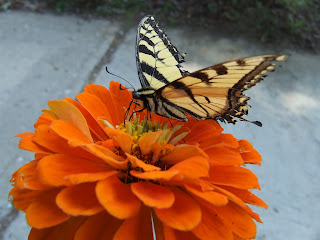 To heck with attempting to catch up with the chronology of our move. This is going to be out of order spur of the moment news mixed with my scattered attempts at showing some of the thousands of photos I've taken in recent years.

Tonight, Gina and Ajanta and I went to see Shantala play at Hubbard Hall here in town. Never thought I would be much into Kirtan (sacred chanting) but it was quite amazing. Benjy Wertheimer is a virtuoso tabla and esraj player that has studied with some of the great masters. It was quite an honor to hear him play here in our sleepy little farming town.

Predictably, Ajanta fell asleep about half way through. She does that every time we go to anything at Hubbard Hall, however mightily she tries to stay awake. Tonight, she asked for tea since she knows that keeps you awake, but of course we gave her decaf.
Posted by Unknown at 9:00 PM 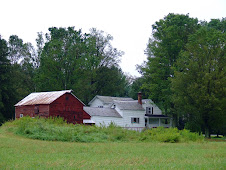